I know I haven’t been the best at keeping up with Asahi’s updates…I actually have monthly updates written down in a journal that I plan on typing up to post to the blog as well, but I haven’t gotten to it yet. So much has changed since his first birthday so I wanted to do a little update on him at 15 months! 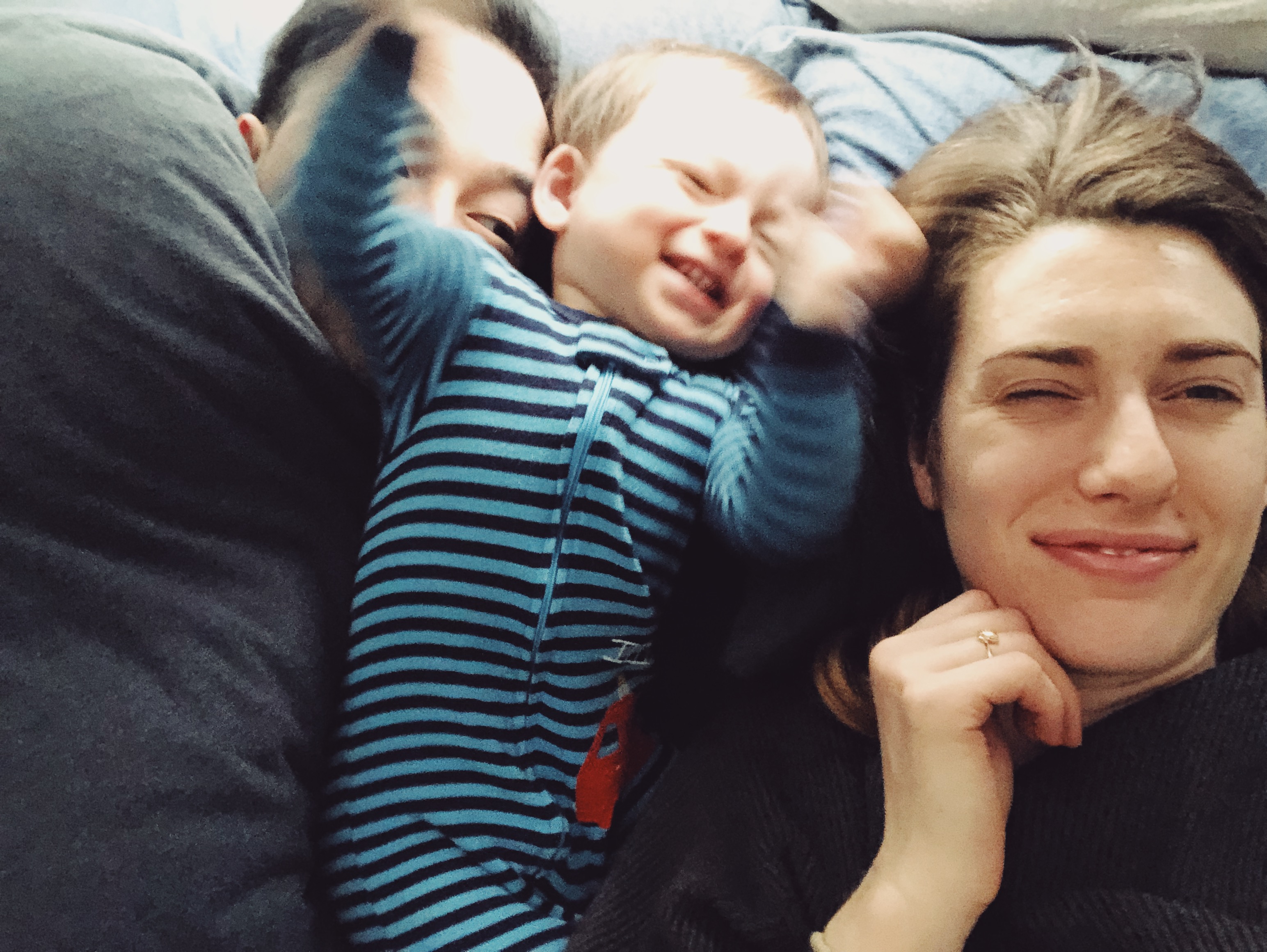 I’ll start with his daily schedule:

6-6:30AM – Awake for the day. Cuddles and nursing in bed with Mama and Papa until around 7 and then playtime while I make breakfast and Papa gets ready for work

9:30AM – Head out the door to a local park, play date, or coffee shop. Usually has a snack if we are out too.

12PM – Lunch, either at home or I take it with us if we will be out

5PM – Nurse and then playtime at home while I make dinner 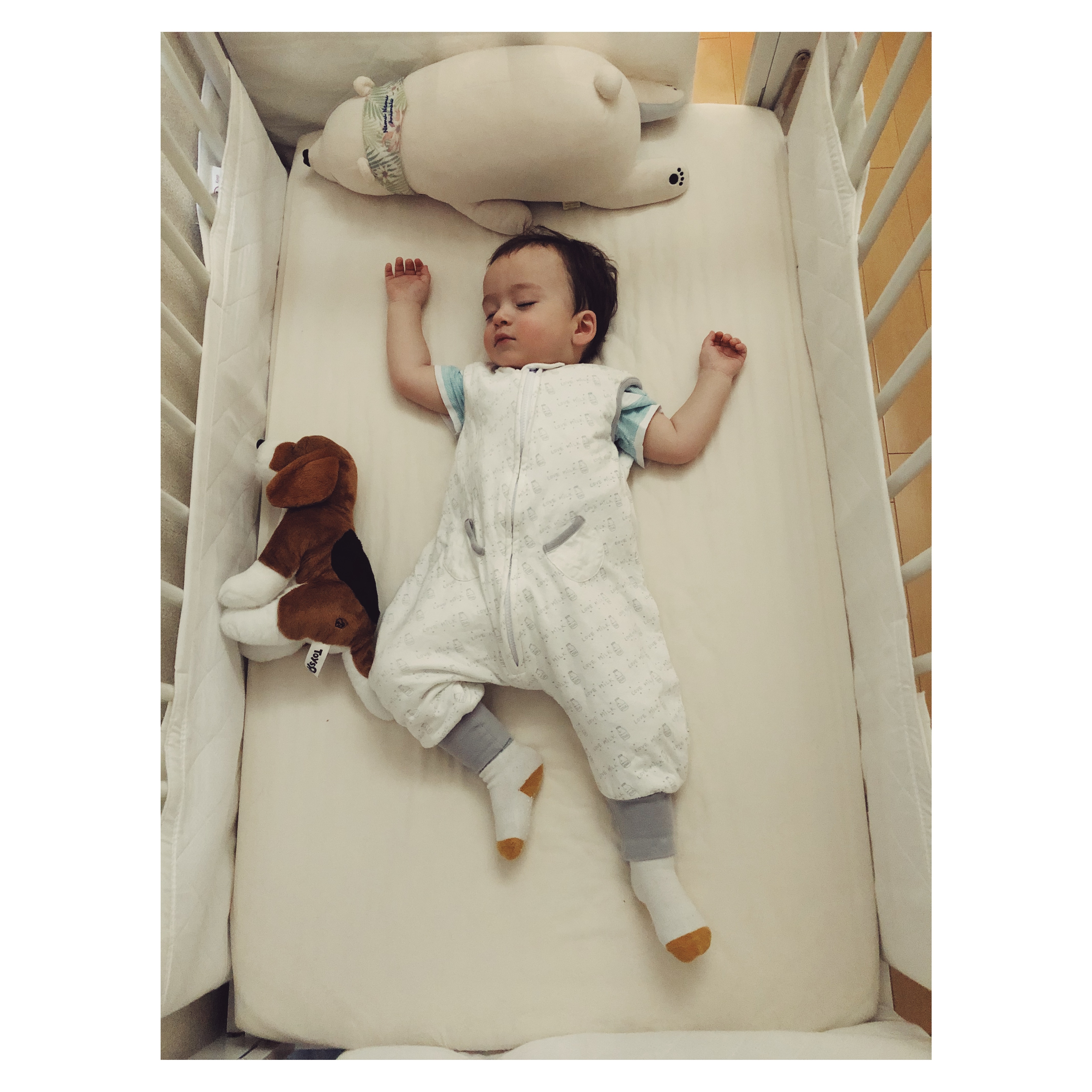 Sleep: From about 13 months, Asahi’s sleep has gotten SO much better. He now wakes up only 1-2 times a night (unless he is teething, which has been the case recently, so it’s more like 3 times) But generally he sleeps at least one six hour stretch in the night. We did do night weaning between the hours of 10PM and 5AM (you can read how we did it very slowly and gradually here) so he generally doesn’t wake up during that time, which means I am getting more sleep! Yay! He is also solidly on one nap a day with a consistent schedule and I think that has made a big difference in his nighttime sleep. His nap is usually 1.5 to 2.5 hours and I nurse him to sleep in the beginning. Sometimes he sleeps all the way through and sometimes he wakes up and I nurse him back to sleep. At night, sometimes he falls asleep while nursing and other times I put him in his crib awake and he falls asleep on his own.

Developments: Asahi is walking as fast as ever and even running now! He is very stable on his feet since he has been walking since he was ten months. He is still learning how to navigate stairs by holding the hand railing, but he can use his hands to climb up by himself. He LOVES the stairs at my mother in laws house and thinks it’s soooo funny to climb up them. He can throw a ball with two hands and go down the slide by himself (with me catching him) as well.

Probably the cutest thing he’s started doing in the last couple of months is giving kisses to us and to his stuffed animals! He has a dog stuffed animal (named Wan Wan of course) that he loves and will give a little kiss to in the morning when he wakes up. I die of cuteness every time! 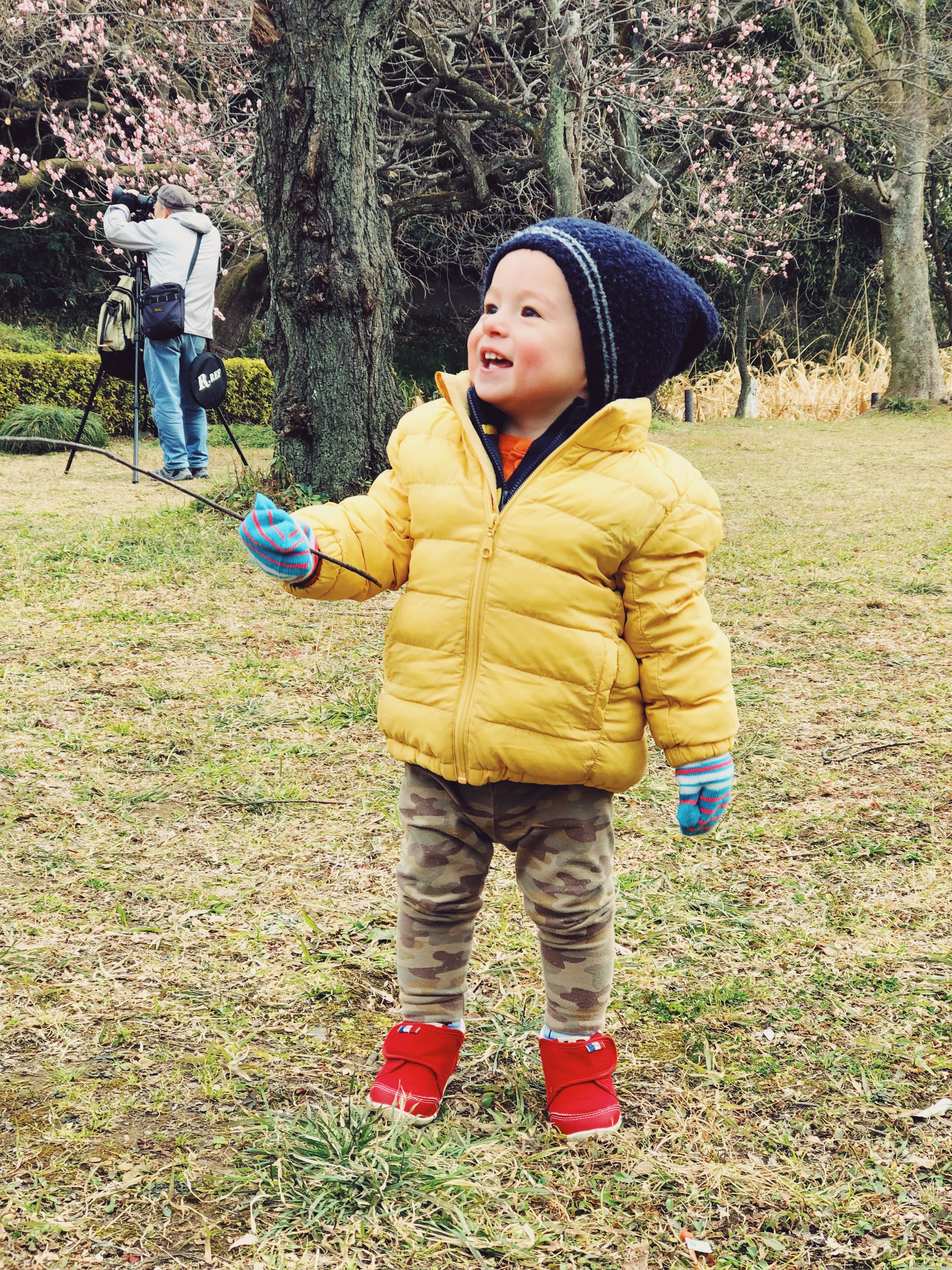 Language: Asahi’s language skills have really picked up in the last month or so. He is getting really good at copying sounds and often repeats the sound (usually the stressed sound) or the amount of syllables in a word. For example, he likes to say “goshisosama”, the traditional phrase to say after a meal in Japanese, but it comes out more like, “amomomama”. He can say a mix of English and Japanese words as well. Some of the words he can say are: Mama, Papa, Baba (grandma in Japanese), Gama (grandma), Ba (ball), Wan Wan (dog in kids Japanese), Nya nya (cat in kids Japanese), Beh (bear), Dozo, Chee (cheese), Woof woof woof (dogs noise,) Amanman (anpanman), Achichi (hot in kids Japanese), Wa wa (water), Ne ne (sleep/sleepy in kids Japanese), na na (banana), and he does Na baaaa…ba! (Inai Inai ba/peekaboo).

We are still using sign language everyday also. He currently knows the signs for “more”, “all done”, and “milk” but we are looking to add more. 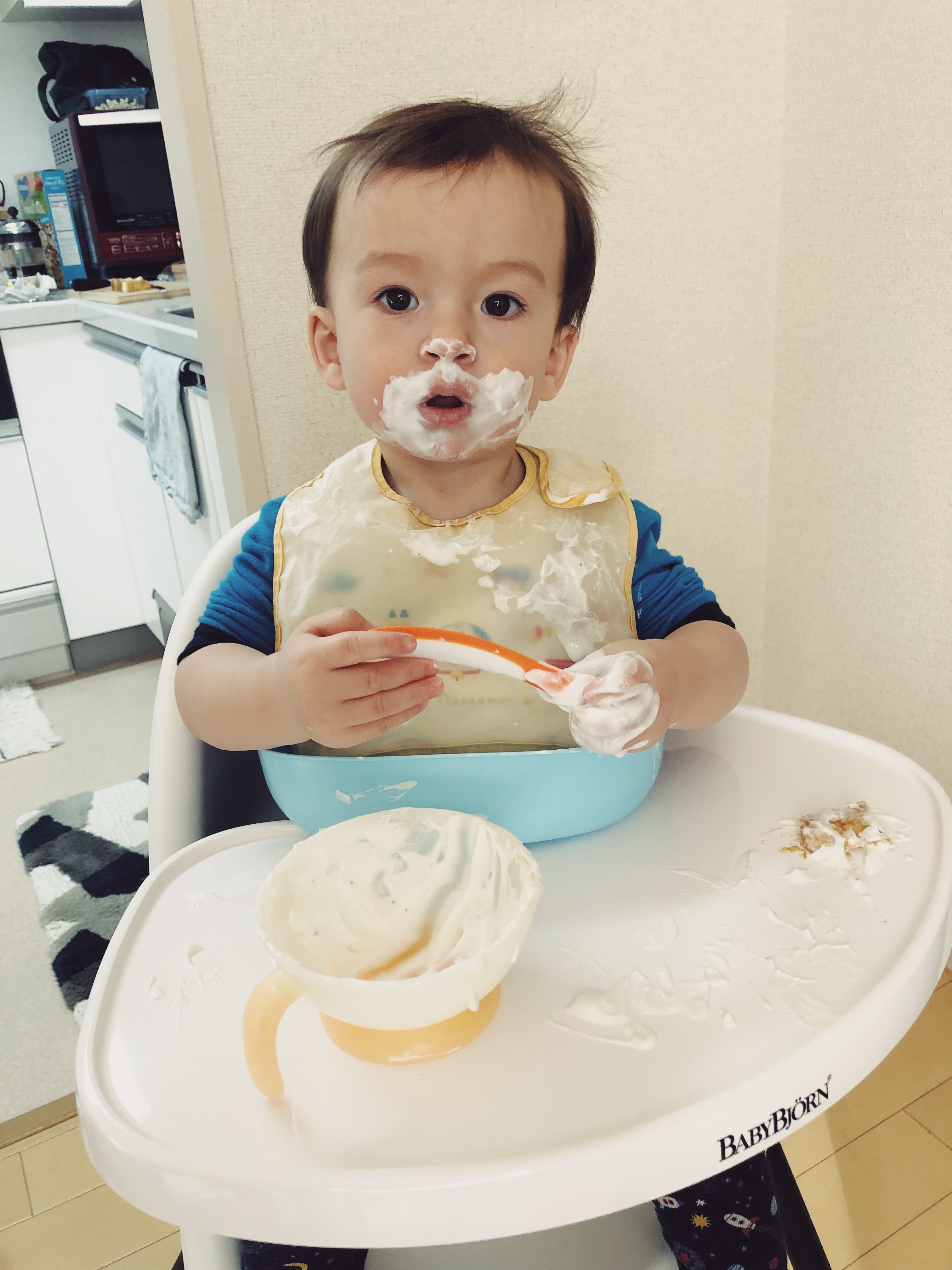 Eating: Since he turned one, Asahi has consistently been eating well. He eats three meals a day and one or two snacks depending on the day. Some of his favorite foods are: scrambled eggs, pasta (particularly rotini) with any sauce, blueberries, strawberries, grapes, hummus and crackers, cheese (all types), pancakes, tofu, shokupan, and any vegetables stewed in miso soup. You can read about how we did baby led weaning here!

He is also breastfeeding about four times a day and once at night. 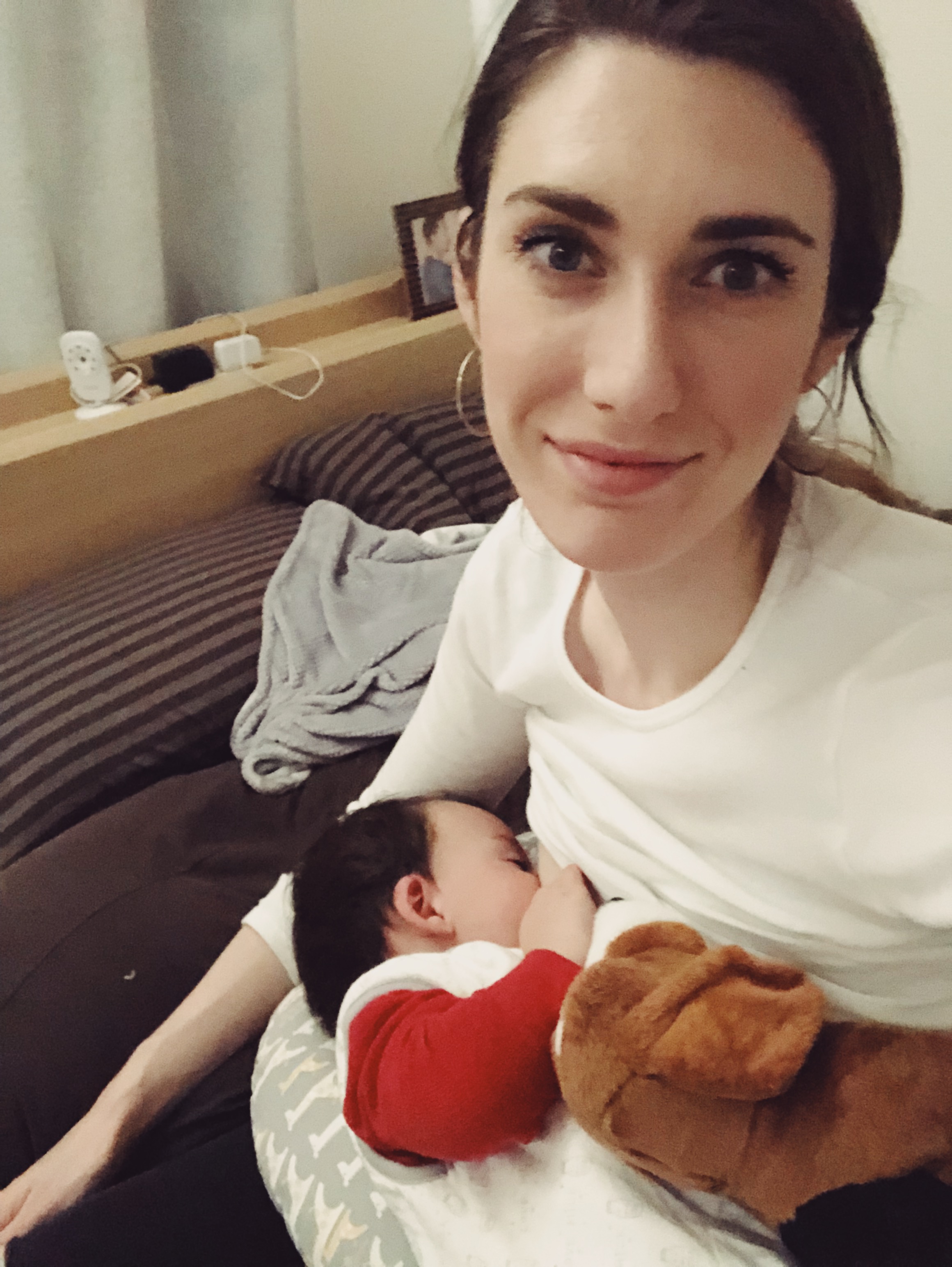 Likes: I’ve noticed Asahi becoming much more aware of his surroundings in the last couple of months. One of his favorite things to do when we are out is search for “wan wans” (basically any animal can be a wan wan) and when he sees one he will point and yell, “wan wan!”. We have a bus with a beagle character on it in our area that he is obsessed with. He also really loves Anpanman! He has a book and a little figurine that he frequently plays with. Speaking of books, he’s still into them! He often reads books by himself or hands them to us to read to him throughout the day, so cute! He also loves being outside where he can run free! Some of his favorite activities are the swings, slide, and the sandbox. The park is much more fun with friends so we love going on playdates there as well. Here are a few of our favorite spots (especially now that it’s almost spring!) As mentioned above, he also loves his Wan Wan stuffed dog. It’s the first thing he has ever been even a little bit attached to so hopefully it sticks! 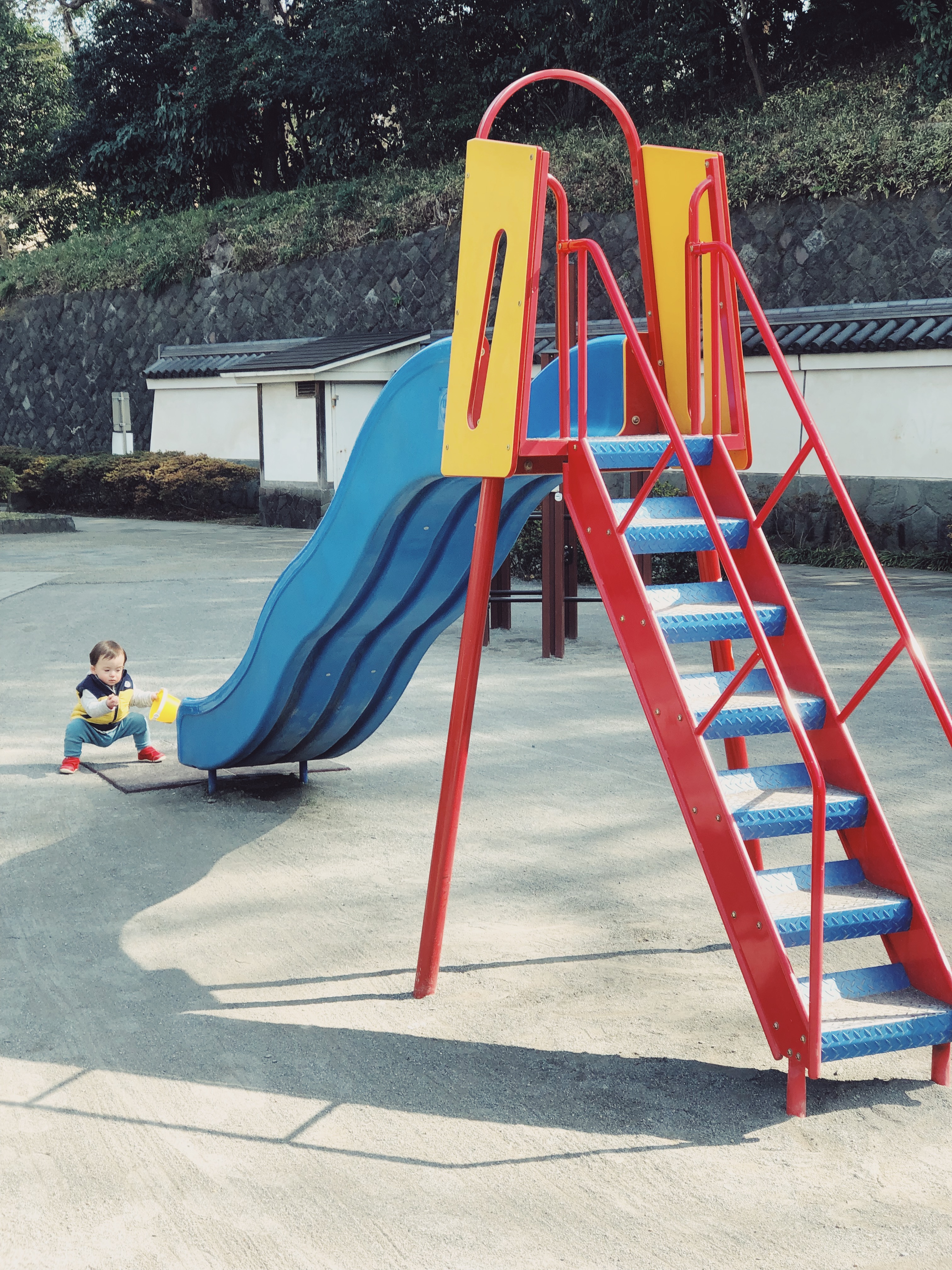 Dislikes: There’s actually not many things he really dislikes but I’ve noticed he is still a bit sensitive to loud noises (like a loud drum during music class) and will cry if it’s too loud. He does also tend to get a bit scared when people come up to him speaking in a loud voice. Occasionally he gets upset when we have to leave somewhere fun, but usually if I prepare him and sing a little song (5,4,3,2,1, and all done!) which I sing every night at the end of shower time when I turn off the faucet, he knows what’s coming and doesn’t cry. I’ve noticed he is much more comfortable when we have a set schedule and he knows what’s coming next. I get it because I’m the same way! Regarding food, he isn’t particularly fond of natto or meat yet but that might change! 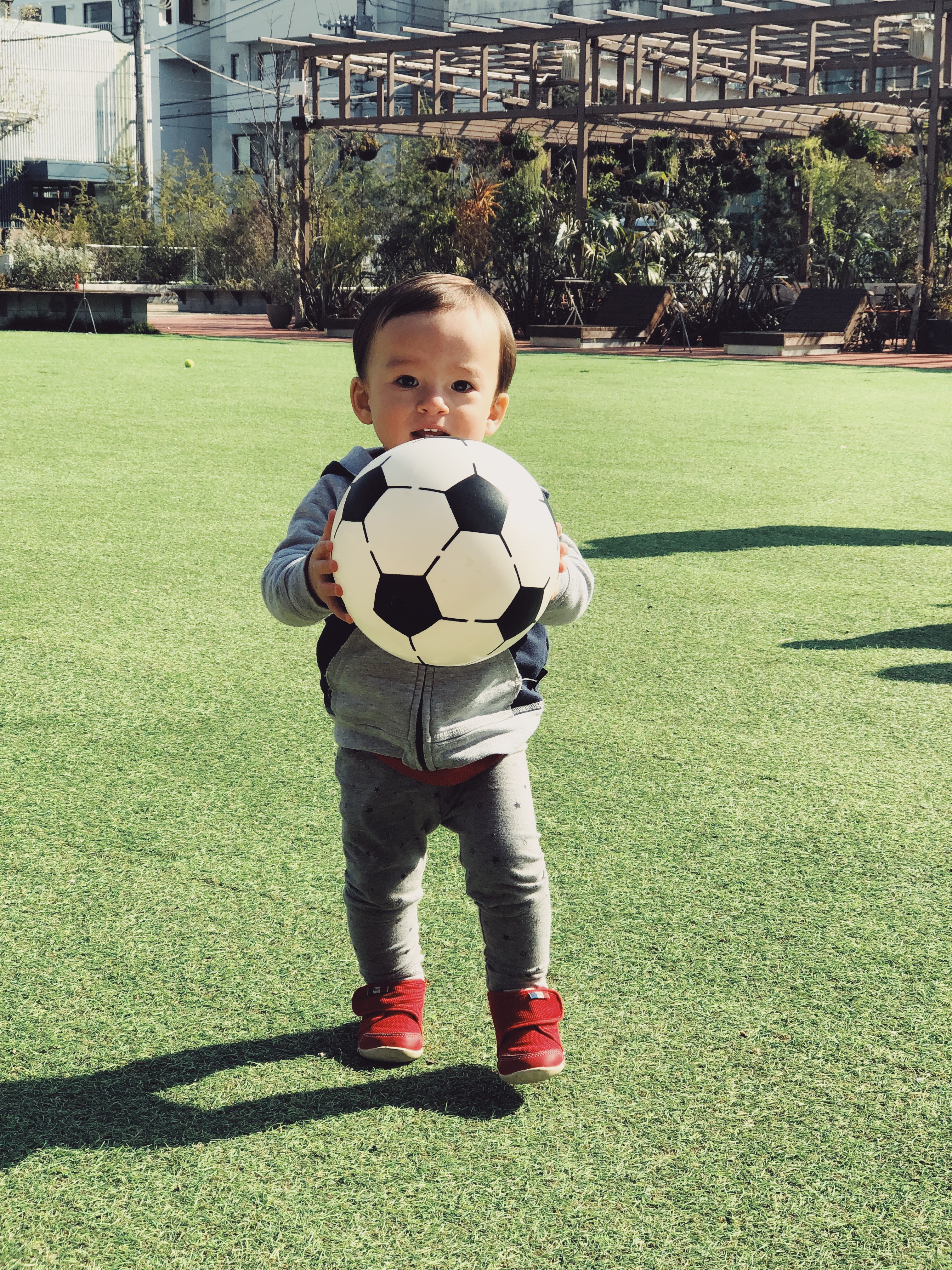 Overall, this age is challenging because Asahi wants to be free to roam all the time when we are out, but I am actually finding it fun! He is learning and growing so much every day and I’m truly in awe of the human mind. I’m looking forward to seeing how much he has changed at 18 months!

Get in Touch with me