These couple of months were quite busy since we traveled to the US for the first time and Asahi met a lot of new people! While we were in Hawaii, Asahi also got salmonella which was horrible! He actually got it from drinking pool water before we left, but the symptoms began to show up on the plane ride there. Luckily, we were able to heal him up after an exciting trip to the emergency room in Hawaii…hopefully we won’t be dealing with that again!

Sleep: Since we were traveling a lot, Asahi started bed sharing with me every night. Usually he would start the night in his travel crib and then come into bed with me when he woke up once I was asleep. This was working pretty well for us while traveling because we were changing locations frequently, which is already disrupting to sleep. With bed sharing, even if Asahi is waking up a lot, I can still stay half-asleep while nursing him laying down. He is still on two naps a day (about one hour each or a little more) and his bedtime is between 8-9PM. He usually wakes up for the day between 6AM and 7:30AM depending on his bed time. 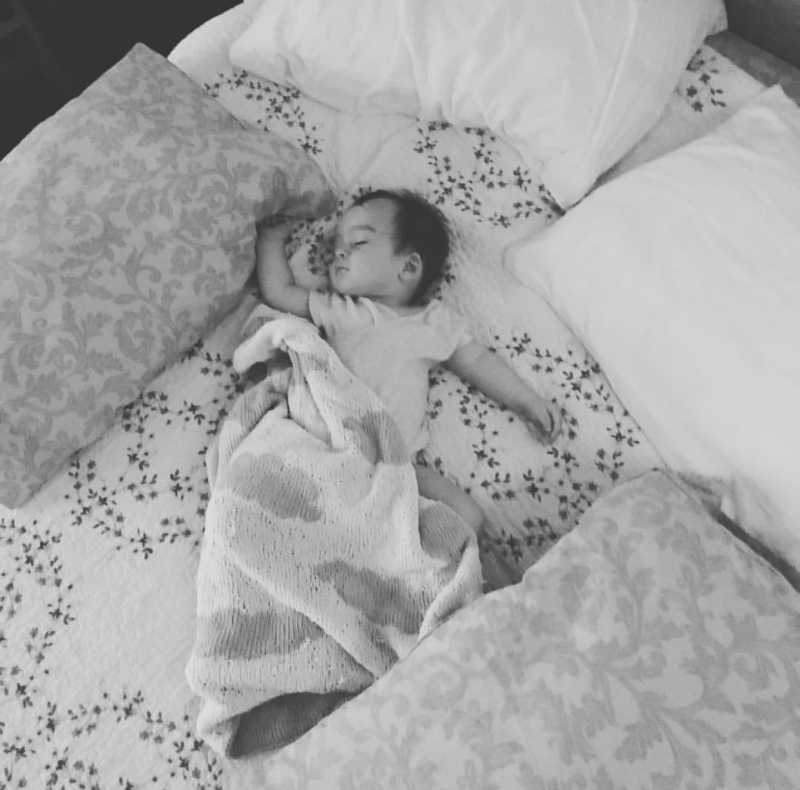 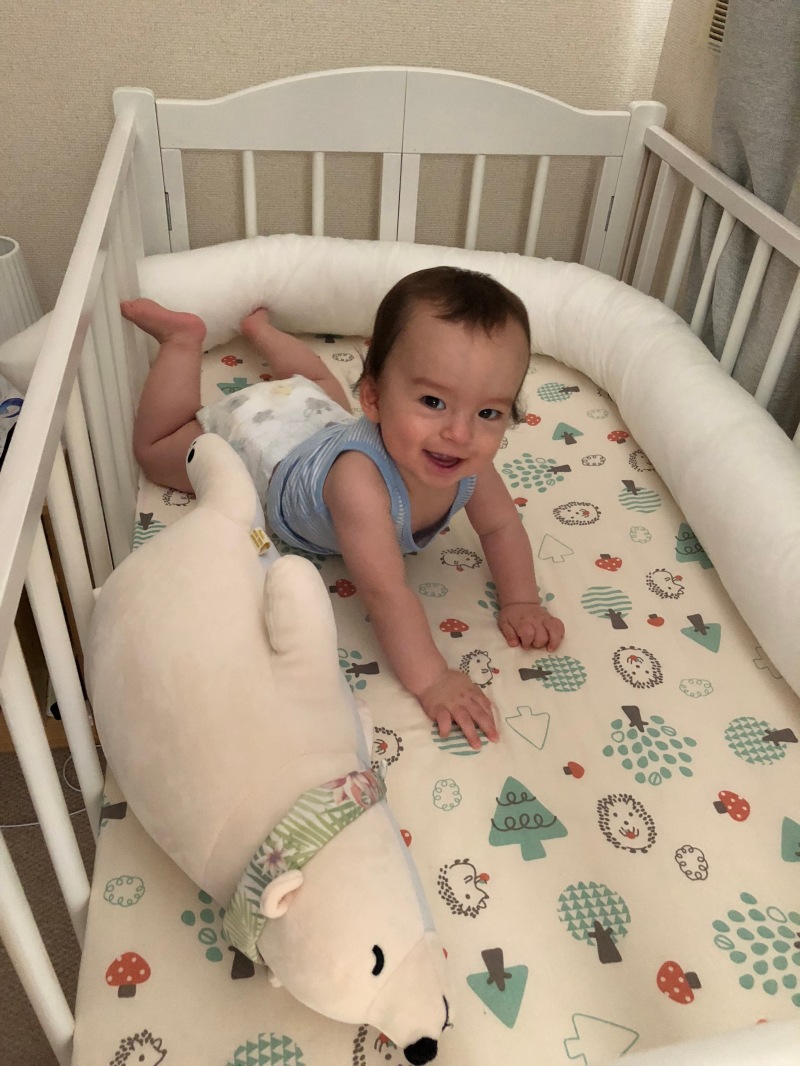 Developments: At around 8 months old, Asahi started crawling. He started just before we went to the US and had a lot of fun practicing in various hotel rooms and homes throughout our trip! At 8.5 months he was pulling himself up on coffee tables and couches as well. Once we were back home in Tokyo (9 months) he was spending all day pulling himself up on the table, bookshelf, and most annoyingly, my legs, and standing by himself. Since he started doing that, we’ve unfortunately had quite a few tumbles! He is getting more steady every day and I think he is going to take his first steps soon! We also think he said his first word, “Ne ne”, or sleepy in kids Japanese but we aren’t too sure! 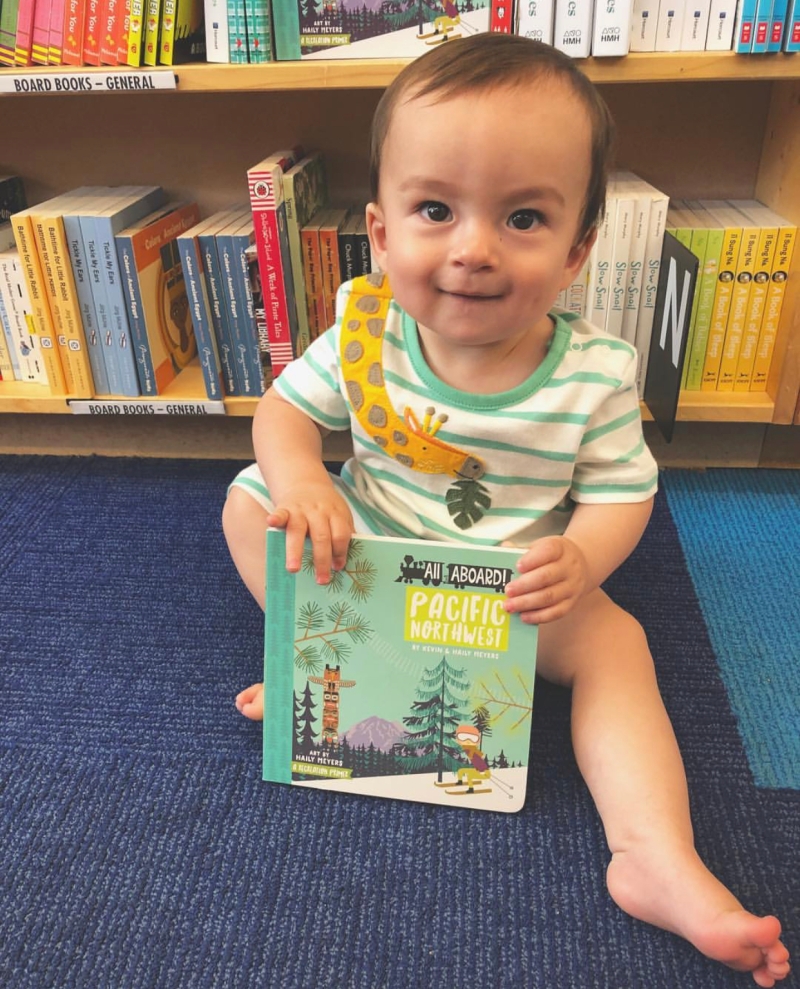 Eating: We’ve now been doing baby led weaning for a few months and his eating is progressively getting better over time. Asahi now eats 2-3 meals a day and has tried quite a lot of foods. Some of his favorites are baby snack cereal, mikan (Japanese orange), peaches, avocado, zucchini, and pasta. The only things he completely rejects are eggs and blueberries.

Likes/Dislikes: Asahi loves when his Papa comes home and he is always excited to see him when he wakes up in the morning! He likes to smile at people on the train but then gets shy and leans his head on my chest when they smile back (so cute!) He still doesn’t like to be held by other people but he will play on the floor with anyone. Right now some of his favorite activities involve pulling things out and not putting them back! For example, standing and pulling all the books out of the bookshelf or everything out of a drawer in the kitchen. One day I’m sure they will get put back as well 🙂 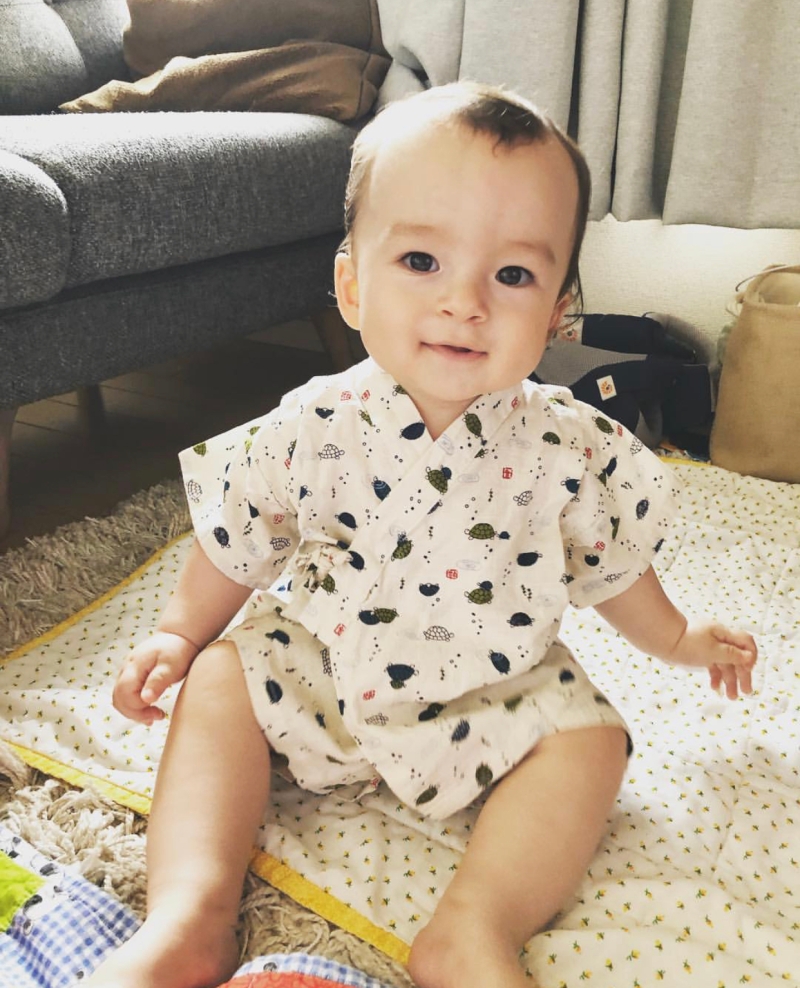 Social: This age is tiring for me because Asahi is so mobile, but it’s also fun! I can see his little personality coming out more and more every day. He is a fun boy who loves a little adventure and to be out and about. He’s quite independent and will play by himself at home but tends to want to be with me when there are other people around. He’s also starting to interact with more babies on our playdates which is cute to watch!

Get in Touch with me